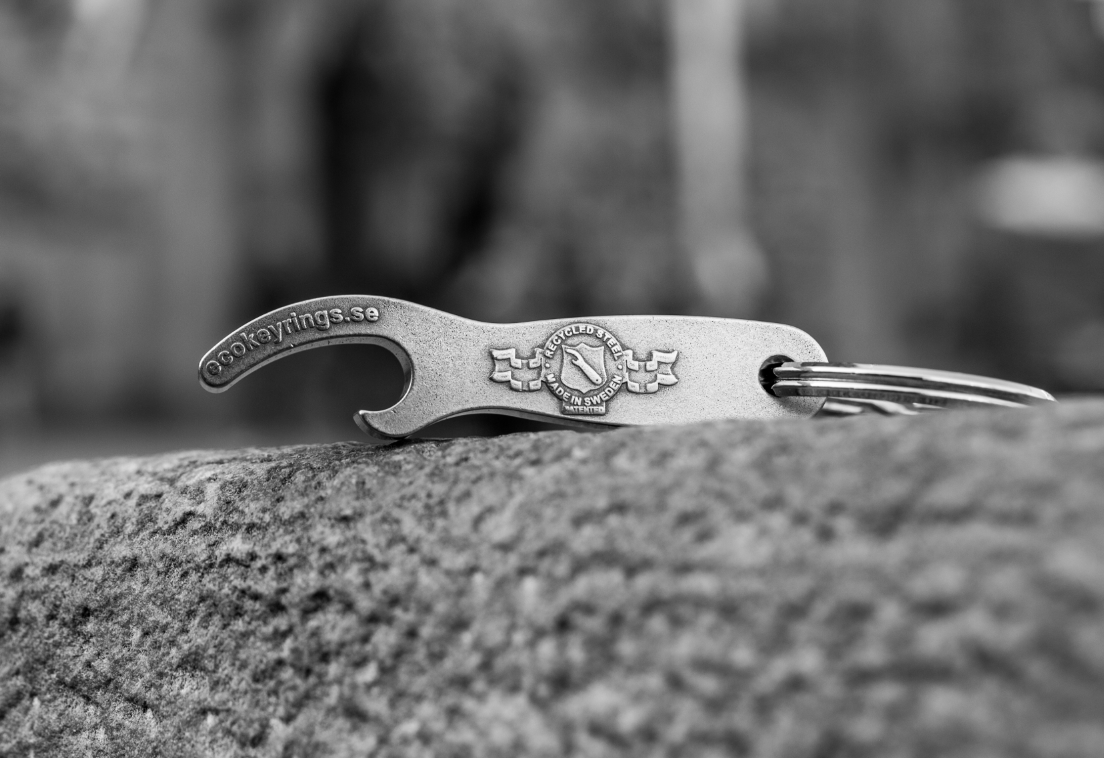 Our ecological keyrings are designed and produced in Småland, Sweden from recycled material.

(Info: Movie, less than 2min. Opens in a new window - Vimeo, HD quality. No advertising like Youtube. We value your time.)

with ideas about what could be produced with the sinter technique we have specialized in, and that everyone would find useful. Normally, the powder metallurgy is used for more sophisticated products like, for example, chain saw clutches, needle holders for sewing machines or planet gears to adjust your frontseat in your car or the chair at the office.

Bottlecap opener was the first product we choose to enhance, when it comes to both solidity and ’wear and tear’. We wanted the logotype to remain on the bottle opener which is the way it should be! Year 1995, this resulted in the Hubcap; a soft edged bottle opener with an amazing grip where the logotype is integrated in the product itself. The logotype is in relief and does not disappear as would a colour print or a laser engraving. Even logotypes which are extremely detailed comes our perfectly which offers an exclusive feel.

The idea was born

We will design and offer you genuine, hard wearing bottlecap openers, trolley coins and multitooling for commercial purposes, or as souvenirs, with a wear and tear quality which beats everything else on the market!

Lower demands on tolerance (+/- 0,03mm) makes it possible for us to use recycled raw material in order to manufacture our ecofriendly products with extreme performance. All products are, as mentioned before, recyclable again - as metal.

You can also read about our Social Commitments, ECO thinking & Philosophy, Patents & Trademarks and how our Life Time Warranty works. 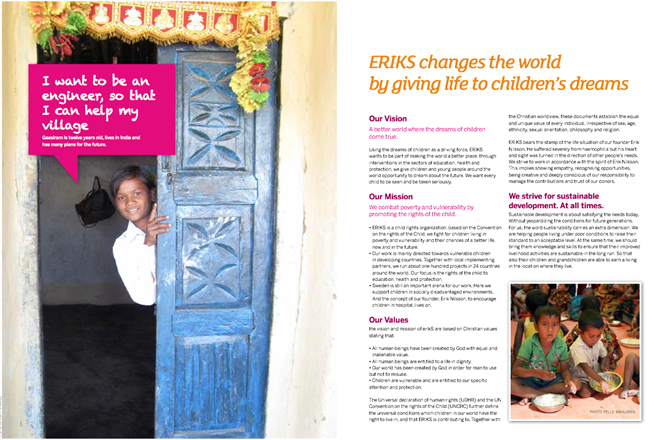 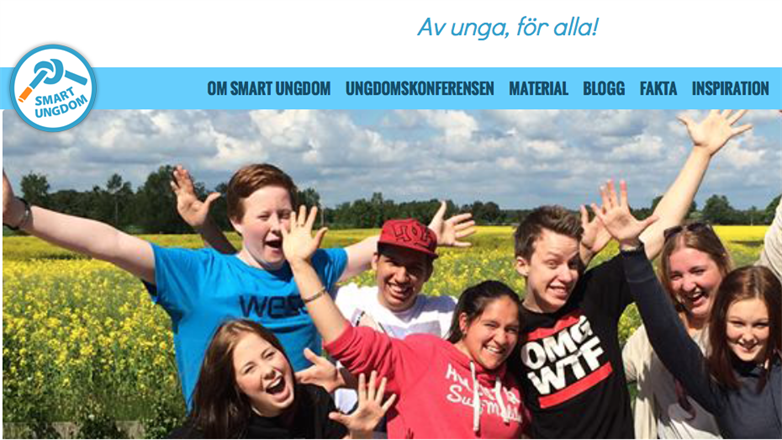 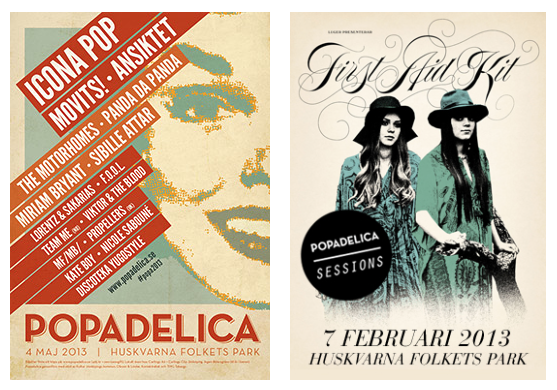 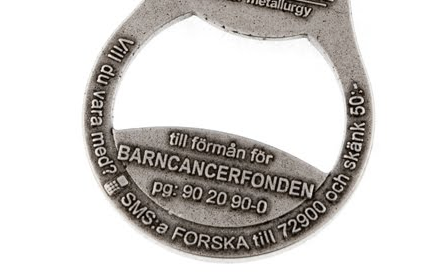 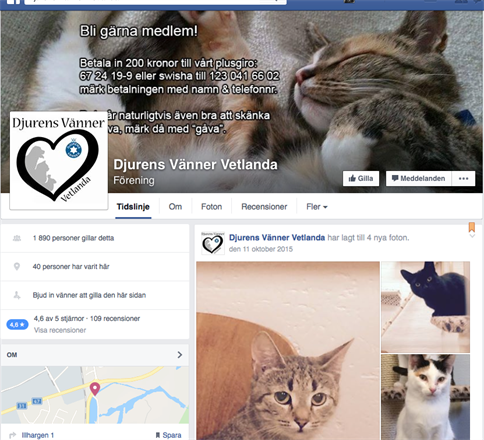 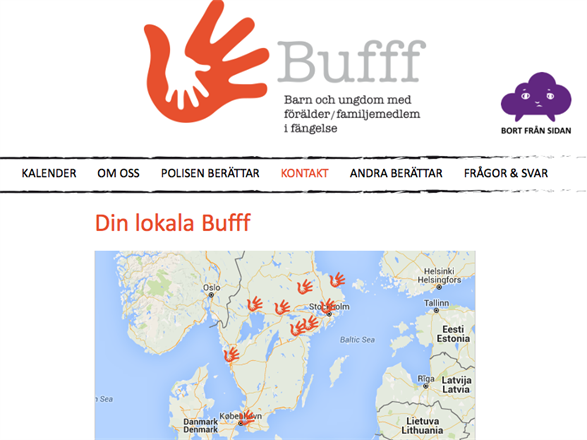 We are trying to support different organizations in their work, and Non-Profit Projects. Over the years we have supported several charity projects. Overall more than 150.000pcs of ECO Keyrings have been handed over to help spreading the word. Here are the most recent:

1.000pcs HUBBIRD was given to the organization called DjurensVänner. An animal protection community to support homeless cats and dogs in order to find new homes.

1.000pcs HUBCOIN was given to an organization called Bufff through a cooperation with Wild Card AB. Bufff is an non-profit organization that supports children with parents in jail/prison.

1.500pcs HUBCAP was given to support a non-profit music festival Popadelica in Huskvarna, Sweden.

5.000pcs HUBCOIN (Smart Coins) was given to the organization SMART Ungdom. SMART Ungdom is an non-profit organization which has the purpose to delay alcohol debute, and prevent tobacco use for children and teenagers.

11.000pcs HUBCAP was given to a series of Christmas concerts performed by 300 non-profit adults, teenagers and children in order to collect money for the non-profit organization Erikshjälpen.

2.000pcs HUBCAP was given to the sports organisation IKHP working with a project to have common people to visit the nature on a daily basis since year 1929, in order to achieve health and balance inside.

20.000pcs HUBCAP was given to the metal band Jerusalem with the message "Dont go to Church - Be the Church". To have traditional Christian people to think twice and put tradition/regulations a side, and think more like Jesus did - See to the outsiders of our society.

2.000pcs HUBJELLYFISH was given to a highschool project in order to have people to easily donate Euro €5 when texting "RESEARCH" to a specified telephone number on the Hubjellyfish. All funds to the Swedish Childhood Cancer Foundation.

58.000pcs HUBCAP was given to an organisation that prevent alcohol consumption at Swedens largest music festivals. More than 200 persons was involved handing out and to talk about life as a friend.

ECO KEYRINGS - MADE IN SWEDEN